The Way Back When

“Discovery and Its Legacy”

The early days of the buccaneer who first settled the Medillo Grande portion of Poco Cabesa, Henry Alfonso Medillo, are essentially unknown. But, based upon British Admiralty records, it is believed that Medillo was born in the Canary Islands in the mid-1650’s and went to sea at the age of eight aboard a British warship as a cabin-boy identified in the ship’s crew manifest as “Scupper.” Until he later resurfaces as an adult in the histories and tales of the great age of New World pirates, nothing is known of his early days. 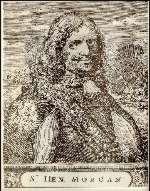 According to tales related by Medillo in his dotage, as a very young man he learned his pirating ways from Henry Morgan, the famed English pirate-privateer who bedeviled the Spaniard in the 17th century Caribbean (and from whom Medillo may very well have taken his first name). According to documents purported to be Morgan’s now held in Trinity College’s Special Collections, by 1668 the young Medillo had risen through the ranks to become one of Morgan’s trusted lieutenants. He fought at Morgan’s side during the latter’s rampage through the region and his subsequent destruction of the Spanish fleet sent to stop his depredations.

Unlike his comrades, Medillo did not squander his share of captured booty on the passions and pleasures of the moment. Instead, soon after his first experience “on the account,” as the pirates called it, he carefully invested his earnings with a trusted Danish-born banker in Jamaica named Claus Feinbind, who brokered shares in sugar plantations, rum distilleries, and tobacco futures on the Amsterdam markets.

Young Medillo gained his commander’s undying comradeship during Morgan’s bleak but triumphant assault on Panama City in 1671. Morgan’s jungle-weary force (technically pirates because of a recent peace treaty between England and Spain) sacked the rich town and scattered a much larger Spanish army. Apparently, it was not Medillo’s courage that most endeared him to Morgan (although that courage was great indeed). Rather, it was Medillo’s procurement of over a hundred mules from the monks of the Mission San Pablo of the Constant Virgin to carry the plunder back to Morgan’s waiting ships.

Anxiously awaiting the return of his favorite mule, Molly.

However, more than half the mules suspiciously disappeared along with their booty, infuriating their pious albeit understandably irate owners and causing dissension among Morgan’s forces. According to pirate legend, these beasts of burden and their precious cargos vanished into Morgan and Medillo’s pockets.

By 1700, the arrival of every new British warship sent to protect the mother country’s burgeoning New World colonies signaled that pirating was a dying game. It was around this time that Henry Medillo permanently settled on Poco Cabesa’s lush northeast coast with his extended family and a few dozen of his closest friends (including Claus the Dane, who found it necessary to flee Jamaica due to a misunderstanding with its governor-general over the affections of a young barmaid).

Medillo had come across Poco Cabesa early in his pirating days and deemed it an excellent places for battle-weary, swag-heavy nautical entrepreneurs to R&R and do some serious bookkeeping. He apparently recognized that, even if passersby survived Poco Cabesa’s freakish currents, deadly off-shore shoals, and capricious winds, as soon as they caught the scent of the great guano lands of the island’s south and west they kept right on sailing. So there on the northeast side of the island (usually hidden by sea-mists), he discovered a small harbor hidden by the bulk of Cape Medillo and protected by treacherous reefs (which, coincidentally, produced perfect waves for surfing). Just to be on the safe side, he built a nice fort, too.

Historically speaking, Medillo and his followers’ experiences in “exile” were completely contrary to those of Fletcher Christian and his men on their Pitcairn hideout. A healthy, free-living kingdom developed in Medillo Grande, centered around their long-lived patriarchal ruler, the pursuit of happiness, and the island’s remoteness and anonymity. Then and now, life in the kingdom included everything from coconut harvesting to coral sculpturing to catching waves on hand-hewn longboards (the legacy of a Hawaiian convert on his way to Massachusetts whose ship foundered off Cape Medillo in 1831; observing the perfect swells, he stayed on and his descendants continue to surf today).

Such occasional castaways (male and female) and a carefully compiled and oft-consulted genealogical record avoided the usual unfortunate results of inbreeding. In fact, the “breed” quickly took a matriarchal bent due to Medillo’s three wives bearing him fourteen innately intelligent and comely daughters.

While Medillo left buccaneering behind, according to British Admiralty records Medillo Grande remained a refuge for freebooters. Numerous sources contend that the elderly but virile Medillo warned young Anne Bonny about cleaving herself to “Calico Jack” Rackham and going pirating with him in 1720. To no avail, he cautioned them both about the risks posed by the British Navy. Still, he allowed the happy couple to anchor and resupply at Medillo Grande — for a stiff fee in gold.

After Bonny’s capture by the British, Henry, risking his own safety, joined with other “reformed” pirates in arranging for that fair young (and pregnant) female pirate’s pardon from the noose in Kingston, allowing her to marry a fine doctor and ship to the American colonies and a new life.

Throughout the 18th century, Medillo Grande remained a stopping spot for those still practicing Medillo’s former profession. Honor forbade his turning away from these “soulmates” and his hospitality replenished the belly and spirit of many a buccaneer (and put more than a bit of their loot in Medillo’s purse).

One of the artists who found a home in Medillo Grande.

This also meant that he acquired the things (living and otherwise) that rootless pirates had no use for. Among the human things left behind were artists, writers, and other creative types of little value to scalawags. Fortunately for these castaways, Medillo fancied himself a bit of an artiste and a custom arose of offering sanctuary to these sort of folk (if their pirate captors did not expect too much in return for them).

Medillo died in 1756, apparently over 100 years of age, surrounded by his weeping and extensive family (including his seventeen-year-old bride, who was expecting their third child). Whether he knew it or not, Henry Medillo had sown the seed (many of them, in fact) for a lineage that would rule and inhabit this unique paradise called Medillo Grande up to the present day.