Poco Cabesa allegedly earned its name from a rock formation on its eastern shore, which, if looked at from just the right angle, somewhat resembles the head of a man. A very small man. Hence, “Little Head.” Actually, you almost have to stand on your own head to see the resemblance (and generous amounts of rum help), but buccaneer Henry Medillo named it that in the 17th century and the name stuck and there you have it. 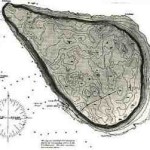 Bacteria-shaped and about eight miles wide by twelve miles long, the island’s southern and western sides are low and dry and arid and devoid of predators, perfect for roosting birds, useless for almost anything else. Treacherous currents, incessant winds, and extreme tides sweep and litter these shores like college students on spring break, further isolating what is already a very isolated island. As for human development, only the former boomtown, Joetown (once called Klinkleburg), remains on the island’s southern side. Its population, due to circumstances to be discussed in this thesis, numbers 1,000 (or fewer). Dwellings are primitive and, for water, Joetown remains wholly dependent upon a balky Romanian-built desalination plant provided by Fidel Castro in 1961. 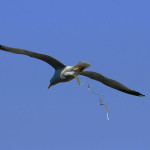 Poco Cabesa’s unique location, geography, and meteorology, combined with ageless avian instincts and the total absence of natural predators, except each other, made the rugged southern and western portions of the island ideal rest-stops for anything with feathers. Therefore, as the eons slowly unwound, so, too, did several trillion birds. Their contributions amassed like compound interest, creating a Mother Lode of high-quality, high grade guano. Due to extensive, some say rapacious, human activities during the last half of the 19th century, all that remains in the southwest are the barren remnants of a great guano extraction effort, the inert boomtown it once fostered, and the muttering and languid residents who presently live off the benighted legacy of its long-gone mineral resource.

One of the many peculiarities of Poco Cabesa is the rugged mountain chain that separates the Kingdom of Medillo Grande in the northeast from the rest of the island. Bathed by a warm ocean current, these mountains also capture rain-bearing clouds, drenching the kingdom’s lush paradise like a clockwork mystery every afternoon, usually around three. The explanation for this apparently idyllic state is simple — its bay, although large, is extremely difficult to navigate, and it was the only part of the island that guano hunters had no interest in, because, as you may have already guessed, it had little guano. It also had, and has, a determined and defiant population descended from its original 17th century settlers.

Medillo Grande is the only part of the island not deserving the designation “godforsaken.” For its happy residents, the great guano rush of the 19th century was merely some noise on the other side of the mountains and an unpleasant aroma when the wind blew the wrong way. In this tropical Shangri-la are jungles, fertile meadows and streams, a coastline rich in fish and crustacean, and a steadfast kingdom founded by legendary Henry Medillo the Pirate. Pristine beaches beckon the world-weary (who aren’t allowed in) and the pace of life is slow and easy for its few score coconut-gathering, crab-hunting, music loving, kakapo worshiping subjects.

Like Niihau in the Hawaiian Islands, Medillo Grande remains a slice out of time, hewing to the ways of the past, overseen today by a benevolent and beloved monarch called Her Majesty Gertrude VII. That’s because the kingdom’s line of succession falls to the youngest living female descendent of Henry Medillo. Thanks to Henry the Pirate, Medillo Grande has been ruled by a string of remarkable women for over three hundred years.

[Note: the presence of this nocturnal, long-lived, flightless, and heaviest of the parrots remains a mystery to this day. According to Medillo Grande lore, Karl the Royal Kakapo has always been present and was once the beloved pet of pirate Henry Medillo, despite the fact that the kakapo is found only in New Zealand and is presently threatened with extinction.]